Posted on November 1, 2017 by Administrator 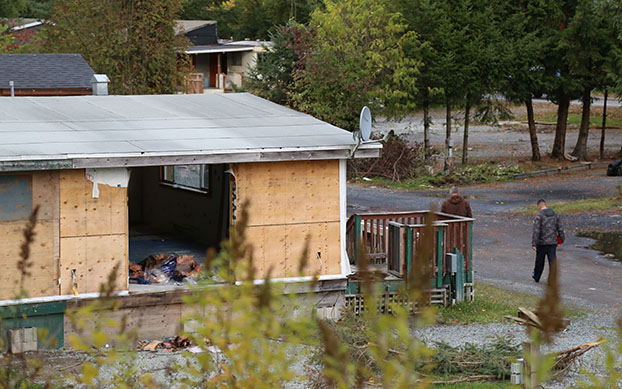 An abandoned trailer in Riverside Trailer Park after all tenants were evicted Sept. 30, 2017.

A former tenant of a Squamish Nation trailer park has been ordered to pay more than $10,000 in back rent and damages after a year-long battle over land rights.

The nation sued Wendy Linton for rent owed after she was evicted from Riverside Trailer Park in Squamish on Sept. 30, 2017. A band chief was operating the trailer park, which was expanded onto disputed land on the Seaichem 16 Reserve.

Linton refused to sign an agreement issued last September that would have given her one year rent-free if she left the trailer park without a fight.

Read More at the link: https://thethunderbird.ca/2017/10/25/supreme-court-sides-with-squamish-nation-in-eviction-battle/